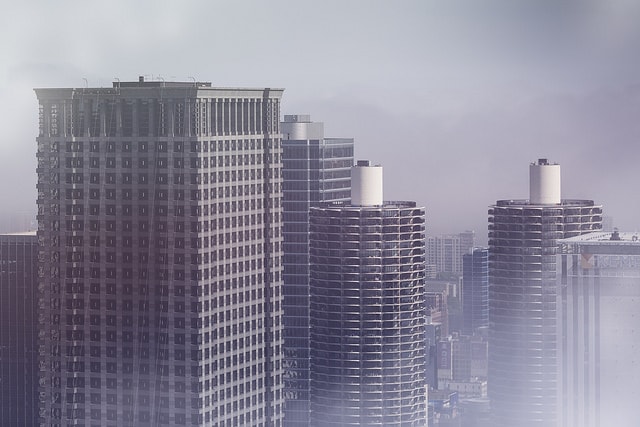 Strategies are as good as the people developing and executing it. My research found that appointing competent people for strategy execution is by far the single most important success factor. The people who have to execute the strategy must have the required skills, attitude and knowledge to do what is necessary to make the strategy a success. Organizational members are in the end the ones who have to perform the implementation activities to make the strategy a success. Organizations must make sure that their have employees have the right skills and temperament to achieve the targets of the strategy. Appointing people for strategy execution is a key task for executives and managers

Appointing the right managers in the right place is a key task of executives and leaders. Nothing is as important to the overall performance of an organizations as the quality of its higher and middle middle management. Executives have to make sure that their direct reports have the required capabilities to do their work and successfully develop and even more important execute the strategy. However, this is easier said than done in may public sector organizations where many employees are difficult to fire due to civil service rules that are meant to protect public workers from political pressure.

Managers often lack strategy development skills. Many organizations lack competent managers with the required skills and knowledge to successfully develop and execute strategy. A recent study in Harvard Business Review found that only 8 percent of executives are good at both strategy and execution. To come up with a sound and clear strategy, executives and managers must have a thorough understanding of the current strategy, the organization, its strengths and weaknesses, threats and opportunities, its business model, products and services and the business environment in which the organization operates. This is a daunting task giving the increasingly complex and turbulent business environment. Such expertise can to a large extend by supplied by subordinates and external consultants but executives still need to have an in-depth understanding themselves. Sound strategic decision-making is impossible without in-depth knowledge. When such an understanding is absent, the developed strategy is likely to have flaws. Furthermore, strategists must have a thorough understanding of strategy methods and tools, finance, marketing, customer needs and increasingly relevant technological developments. Organizations and their environments have become increasingly complex making it very difficult for executives and managers to keep up with all the developments. Executives and managers do not always the in-depth expertise to make sound strategic decisions and not always involve those who do have the often specialized expertise resulting in suboptimal or flawed strategies that result in strategy execution failure. No execution can save a strategy that is flawed to begin with.

Executives and managers often lack execution skills. Managers and executives often also lack the required competence and knowledge to successfully manage or lead an implementation effort. They often lack the required managerial skills, such as supervision, delegation, budgeting and planning and control. Managers also often lack the people skills for dealing with their subordinates. Motivating, developing and empowering subordinates to successfully execute the strategy is a key skill that managers often lack. Managers can also be reluctant to be strict, decisive and discipline subordinates because they want to avoid conflicts. Managers are often focused on the day to day operations of the organization and lack vision about how to plan and execute strategy and managing people. Finally, managers may lack knowledge and skills about functional management disciplines such as strategy, finance, human resources and marketing. Managers tend to become caught up in day to day operations and issues and may lack the time, interest and expertise to deal with more tactical and strategic issues that are important but less urgent.

Competent employees are also crucial for success. While competent executives and managers are the most important success factor for strategy execution, competent employees are important as well. In the end they are the one how have to execute the strategy and make it a success. They are the ones who perform the execution activities, deal with customers and manage processes. One of the most important tasks for managers and executives is to optimally facilitate and support the strategy execution activities of those who have to execute the strategy.

Incompetent team members bring down team performance. Having incompetent members within a team has a negative influence on the performance of other team members and thus the strategy execution. Well-performing organizational members have their motivation and work performance reduced when they have to work with or are dependent on poor performing colleagues. Research has found that individuals respond to the expectations of fellow employees especially in cohesive groups. When group members have low expectations because they do not perform well, they tend to influence the performance of co-workers in a negative way. In the organizational behavior literature, the concept of collective efficacy illustrates this phenomenon. Collective efficacy refers to the beliefs that individuals hold about the ability of their group to successfully perform its work tasks (Riggs and Knight, 1994). Despite a person believing she has the ability to perform the task successfully she is less likely to persist if she has the belief that the group with which she has to perform the task does not have the ability to perform the task. Thus when competent people work in a poorly performing team, their performance tends to be drawn down too. Clearly, this has a negative influence on the execution of a strategy as it is by definition a team effort.

The threat of performance. Not only can poorly performing co-workers bring down the performance of competent employees they may even try to sabotage such an individual. When a person is successful in his work, other organizational members may become envious of that person or feel inadequate or even threatened. Successful organizational members can be disliked because their accomplishments can make their less performing colleagues look bad. This has been called the threat of performance. Successful co-workers can make make their poorly performing colleagues look bad in comparison.

Sabotage and the crab mentality. When successful persons are being worked against, they are less likely to remain successful. This has been called the ‘crab mentality’ phenomenon. When crabs are imprisoned in a barrel and one them tries to climb out, the others will attempt to stop it by clinging on to it. When this happens successful employees lower their performance or leave the organization. Most people have an inner need to be appreciated for the work they do many people want to develop themselves as much as they can. They are likely to leave the organization when they do not receive and have the opportunity to find another suitable job.

Successful subordinates may threaten superiors. Not only may co-worker feel threatened or envious because of successful colleagues but superiors as well. When an organizational member is confident and performs well that person may also become a threat to her manager because she could take over her job. Given this threat, attempts can be made to stop the successful person. For example, managers may criticize the successful person very harshly in order to keep that person in line. They may also deliberately give the person a bad performance review.

Restriction of performance in cohesive groups. Research has shown that there is a relationship between peer pressure and performance. Because of peer pressure, successful organizational members can become reluctant to outperform their peers. Especially in groups with a high level of cohesion, there is often more uniform productivity within the group, which may also lead to a ‘restriction of output’ (Locke et al., 1988). This was also the case at several organizations in my research where performance was restricted because of group norms. Well-performing organizational members adjusted their performance downward and more in line with colleagues. This mechanism also works the other way around. Individuals in cohesive groups with high performance are pressed to perform well. Such a high performance culture can for example be seen in high-end management consultancies, multinational corporations, elite army units and successful sports teams.

Individual performance is not universally valued. The threat of performance and peer pressure are more likely in collectivist cultures. In such a culture, a person may feel uncomfortable when he or she is singled out publicly for his or her performance. When an individual is recognized or rewarded by her superior, other group members may feel defeated and experience a loss of face. A loss of face can have a negative influence on the level of cooperation with the successful person. As a result, the successful person often reduces his or her work effort to restore face for others in the group. Pushing oneself ahead of others and actively seeking success is not universally valued’ (Markus and Kitayama, 1991: 241). Such an individualistic approach to performance is a key characteristic of the work ethic in some Western countries such as the United States. However, such an approach is less valued and thus effective in Asian and many other non-western and even Western cultures.
CONSEQUENCES OF INCOMPETENT STAFF
Incompetent employees and especially managers can have the following negative consequences for strategy development and execution.

Development of flawed strategy. Effective strategy execution starts with a sound and executable strategy. No execution can save a strategy that is not sound or feasible to begin with. Sound strategy development is impossible without in-depth knowledge of the current strategy, organizational strengths and weaknesses, environmental threats and opportunities, the business model, business processes and products and services. In addition, a thorough understanding of strategy tools and processes is required. When executives and managers lack such an understanding, the developed strategy is likely to have flaws.

Incompetent employees reduce team performance. Having incompetent members within a team or organization has a negative influence on the work performance of coworkers. Well-performing organizational members can have their motivation reduced when they have to work with or are dependent on poor performing colleagues. If a well-performing individual sees that another person performs poorly and gets away with it, his or her motivation will likely decrease.